Below is a non-exclusive list of microphones with guidance around the type(s) of recordings they should be used for. Netflix will continue to update this list. Please reach out to your Netflix International Dubbing representative if you have any recommendations. 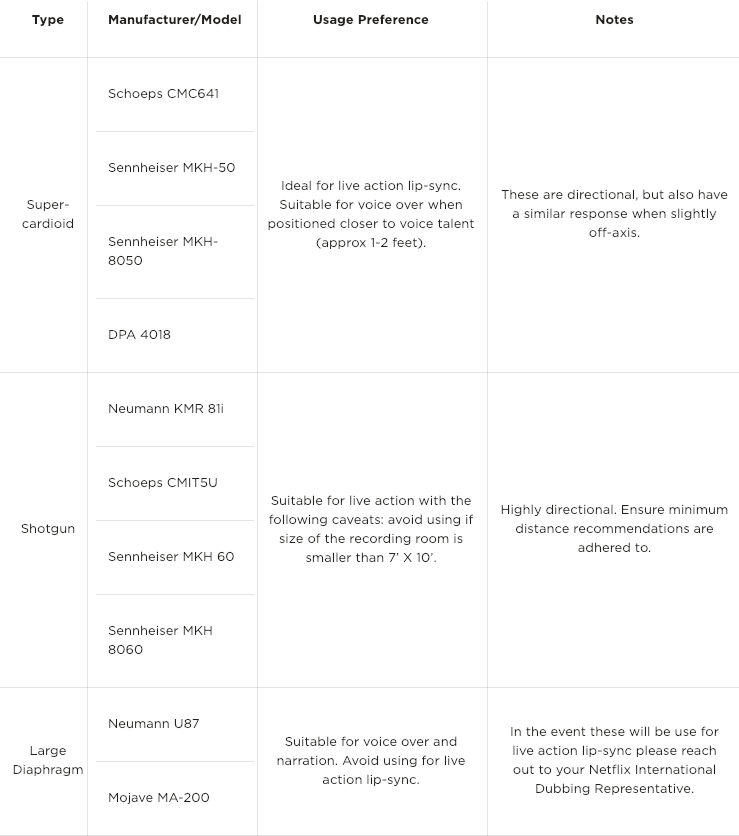 Was this article helpful? 9 out of 10 found this helpful