REMINDER: Context is key; this information should be taken as broad strokes on a subject that can vary based on creative intent. Please read “2D LED In-Camera VFX Field Guide Overview” for context on where the information presented here comes from and is intended for.

What Is In-Camera VFX?

With In-Camera VFX, the ultimate goal is to utilize display surfaces (such as LED walls with accurately projected content) to achieve the final visual effect in-camera during the shoot, requiring minimal to no post-production work.

Whether it's two people sitting in a car, a spaceship jettisoning into warp-speed, or recreating on-location lighting in a sound stage, interactive lighting technologies can empower cinematographers and their crews to create dynamic lighting and natural reflections on-set. This enhances the realism of the imagery and helps provide important creative cues.

There are two approaches for In-Camera VFX when it comes to display content: 2D or 3D.

2D In-Camera VFX involves projecting pre-rendered or live-action footage at a fixed perspective against a display surface. This achieves a high level of image quality and immersion. With driving comps, for example, plate arrays are shot at the same time and captured at a variety of angles. They are then reprojected on a display surface (LED screen) to emulate the experience of a sequence shot with a car process trailer; part of the value of this method is that it is easily repeatable on a controlled sound stage.

3D In-Camera VFX involves the use of image output from real-time engines to a live display surface, synchronized with camera tracking to produce final-pixel imagery in-camera. Content generated for 3D In-Camera VFX is not rendered into a final video format, but rather something that can be manipulated live through platforms such as Unreal Engine, Unity, or Notch (to name a few).

The Challenge and Possible Solutions

When watching content, you’ll often see talent in a vehicle, whether it be a car, plane, train, or boat. To achieve the shots in these traveling sequences, there are three shoot methodologies to choose from: practically on location, in front of a green or blue screen, or on a stage with LED panels.

Traditional driving photography requires large process trailers to support the vehicle, camera car, and crew members. Permits and police officers are required to hold or direct traffic. Continuity might be sacrificed when the actors’ hair, makeup, and wardrobe support crew aren’t able to get to the performers due to time constraints or location logistics. Creative choice can be restricted by the changing light and the time it takes to reset the process trailer.

This method seems simple: load a vehicle onto a sound stage, roll up a green screen, and shoot!  There are three key challenges with this, however. First, the car must be accurately lit as if it is traveling down a street, in a city, or out in the countryside at multiple times of day. Second, the Director must explain to the talent and editorial what is going on beyond the green screen. Third, the actual visual effects work requires an artist to key out the green screen, composite a practical driving plate seamlessly into the practical shot (or plate), and add reflections to the vehicle and talent. While logistically the simplest method, the end result may vary in quality.

This methodology removes all the logistical challenges of traditional process trailer shoots as well as the artifacts associated with driving comps. The LED panels, serving as a background or window exterior, display moving images made up of practically photographed plates, wholly digital environments, or some combination of the two. The need to travel a large cast and crew to the location or to book a second unit in another country is eliminated. Depending on the scene, the number of crew members required to shoot on a soundstage may also be reduced.

Compared to traditional green screen composites, the use of In-Camera VFX also has the potential to reduce the resources required in Post Production to finish shots. By adding backgrounds to scenes in a studio environment with LED panels, the camera operator can frame as they would any real object, and the actors can react to the actual final imagery, live. This not only provides cast and crew with a visual environment to reference in real time, but all of the natural reflections and lighting from the screen provide important artistic cues and enhance the realism of the imagery - avoiding the typical struggles of a green screen (like unwanted reflections and color spill on the subjects).

But this solution is not without its own challenges - as the LED infrastructure can be cost prohibitive. However, there are a range of financial models to explore — from pop-up LED stages to purpose-built infrastructure designed for this type of work. The best execution of this work can result in the opportunity for savings on physical production costs, reduction in VFX shots, and an expedited post timeline - but more importantly, a more integrated visual look. 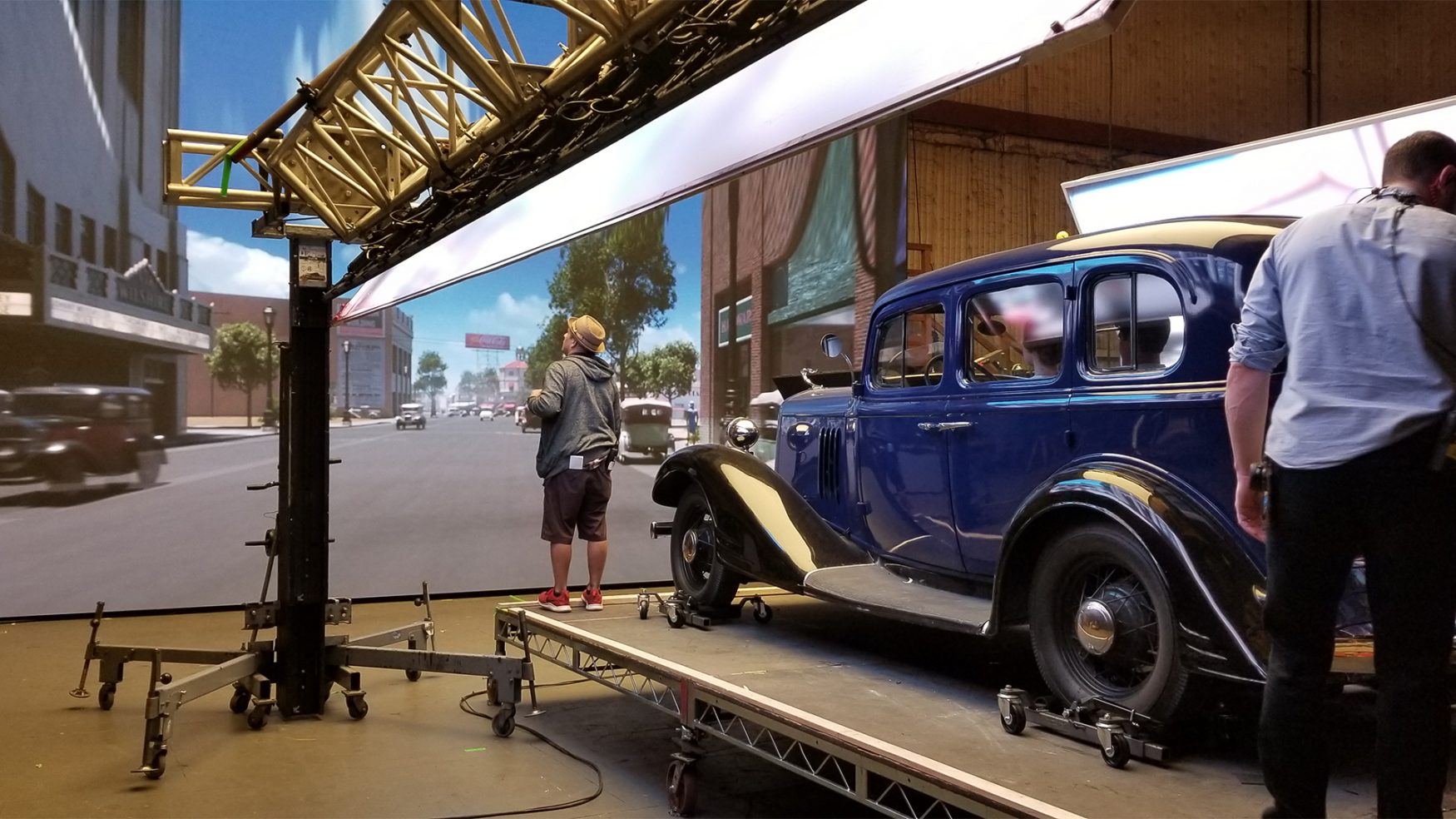 Example of dailies from stage set up below. 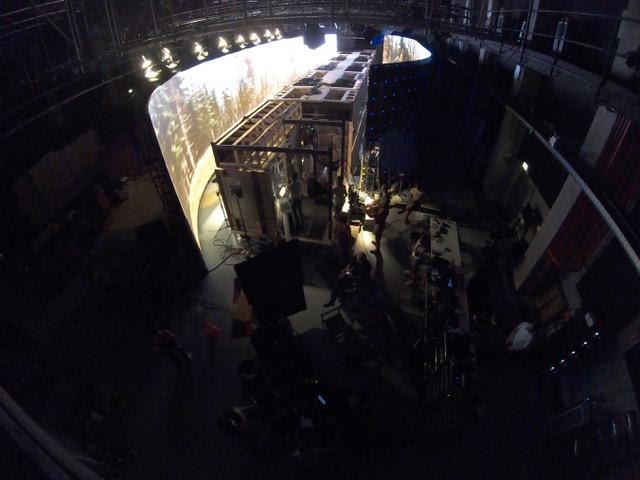 Overhead visual of the soundstage for clip above.

Example of LED outside of the window.

Working with 2D In-Camera VFX will require a shift of some traditional crew responsibilities, as well as the addition of new roles.

The following is an example of roles and responsibilities for crew involved with 2D LED ICVFX workflows for car work:

Due to the inherent nature of the pre-production planning needed to execute the in-camera visual effect, the order of operations and average timelines will be affected. Certain production crew will need to come on-board earlier than normal. Some decisions that may typically be left to figure out in Post will also need to be decided prior to the shoot.

The timeline below is a generic representation of the order of operations when prepping and shooting in-camera VFX with LEDs and 2D playback for driving comps, focusing on the importance/goal of each step.

Was this article helpful? 23 out of 24 found this helpful