The terms must be plot-pertinent and must appear in dialogue or on-screen text (excluding the ones appear in scripts but never made it into the dialogue).

b)- Exclude the names of historical figures whose localized names can be found on credible      dictionaries/websites, e.g., George Washington

b)- Plot-pertinent but not a well-known, real, location

b)- Plot-pertinent real organization/company names that are not well-known, e.g., Caffè Sicilia

Phrases can include plot-pertinent recurrent fictional item names, catchphrases, or anything important but do not belong to all other categories.

Please follow this template when adding relevant information about the same character:

1. First Name and Last Name as one entry, which would be the “main term”. 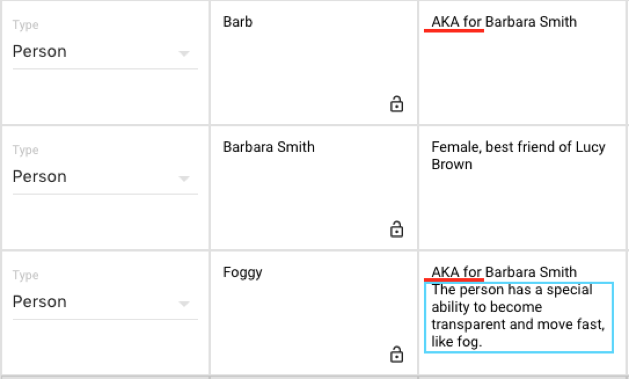 Appendix 1: Questions to ask yourself before adding a source term

Appendix 2: Examples of a good KNP

Each episode of the series profiles a single world-renowned chef.

Was this article helpful? 44 out of 49 found this helpful